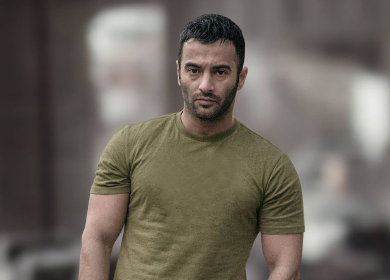 Referred to as the "Persian Tupac", YAS is the first rapper to have been granted permission by the Iranian government to record and release some of his music to the general public. He is widely known for his powerful and socially-conscious lyrics.

Born in Tehran, Iran, YAS first began listening to rap music at the age of 16. His father would often return from his business trips to Germany with the latest hip-hop CDs and YAS quickly developed a particular interest in American rapper, Tupac Shakur. After the sudden and untimely death of his father, YAS was faced with the responsibility of becoming the primary caretaker of his household. With his father’s debts mounting and the struggle to make ends meet looming, YAS was forced to leave his college ambitions behind. At the youthful age of 17, YAS began to work in order to support his mother, younger brother and triplet sisters. It was at this time that he began to write poetry, which soon turned into lyrics for his music and allowed him to stay close to his father’s memory.

After the 2003 earthquake that claimed nearly 50,000 people in Bam, Iran’s exquisite city of ancient citadels, YAS was overcome by the devastation. Sensing his countrymen’s need for solidarity and hope, he wrote his first song: "Bam". This marked the beginning of his musical career. He soon realized that through the lyrical style of rap music he had the ability to reach people by telling full stories – an opportunity that is often absent in forms of music that feature short verses and a commercial chorus. Recognizing this opportunity, he decided to present his songs to the government and request permission to release an album – which would provide him access to millions of young Iranians in need of inspiration. The many years of being denied the right to release his music to the public and being ridiculed for his musical genre - rap - his efforts finally paid off: Several of his songs have been granted permission to be released in the country, an unprecedented move in the Islamic Republic of Iran.

“I don’t use profanity in my music or sing about sex and violence. I want to be able to proudly sing my music in front of my family. My music usually begins with a complaint or the social ills of my society -- but it always ends with hope. It’s important to inspire the younger generations to be their best potential. We need this.” -YAS

YAS’ popularity increased infinitely and soon thereafter he was dubbed Iran’s #1 hip-hop artist. His music is now listened to and downloaded by millions across Iran and the international community through hundreds of websites, blogs and fan sites.

This expansive access to his music helped YAS in 2006, when he wrote "CD Ro Beshkan" (Break That CD) – a song about a well-known female actress in Iran who was the victim of a sex tape scandal – news of which had spread across Iran at rapid speed. The scandal ultimately ended the young actress’s blossoming career.
In the song, YAS criticizes those who played a role in her demise and requests that listeners stop spreading the tape and get rid of the infamous footage from their computers and mobile phones. The song was listened to and downloaded by millions in Iran alone and soon thousands of young Iranians had written YAS confessing that they had been inspired by his request to ‘break that CD’.

In his song, “Hoviate Man” (My Identity), YAS expresses his unwavering pride in his Persian heritage and mentions the controversial movie, 300. With this song, YAS’ music crossed the international waters and fast became the voice of his generation. Many Iranians across the globe refer to him as the “Persian Tupac.” The song has become a sort of national anthem for younger generations of Iranians, especially those among the Iranian Diaspora that are eager to connect with their rich culture and history. His music has set a new standard for Persian rap and has inspired many up and coming rappers to follow his lead by rapping about more meaningful and positive themes. When he is not recording a solo track, he can often be found collaborating with other musicians to help “introduce Persian hip-hop to the world”. Other hit songs include "Darkam Kon" (Understand Me) about unemployment, "Haminja Piade Misham" (I’ll Exit Right Here) about runaways and prostitution, "Delet Daryast" (Your Heart is an Ocean) about cancer and terminal illness, "Be Omide Iran" (In Hopes of Iran), "Tamoomesh Kon" (End It) about drug addiction, "Bayad Betoonim" (Together We Must), "Solh Toeii" (You’re Peace) about the famous Persian poet Rumi, and "Ghesseye Zirzamin" (The Underground Story) a collaboration with Iranian rock musicians for the documentary ROCK ON, the music video of which was voted #1 by fans on Persian Music Channel (PMC). His first official video, "Bekhatere Man" (For My Sake) was released January 2011 and was also voted #1 on the PMC charts for two consecutive weeks.

YAS is currently writing and recording new music and is planning a series of live performances worldwide. 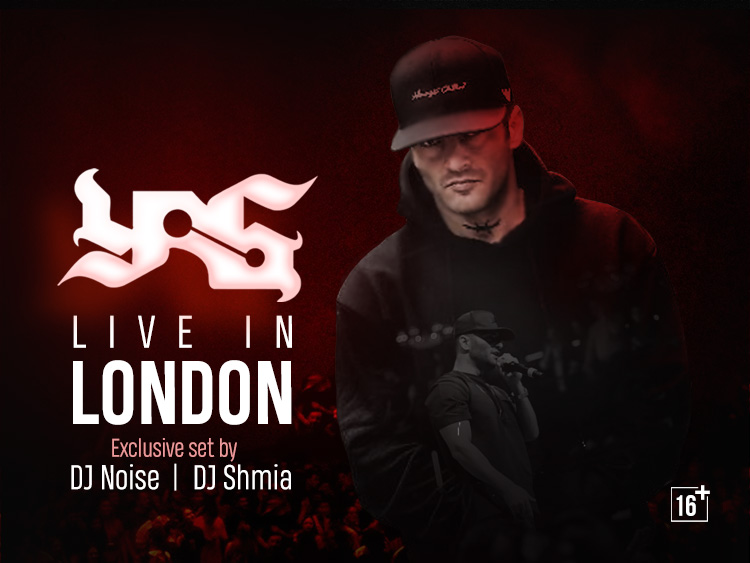