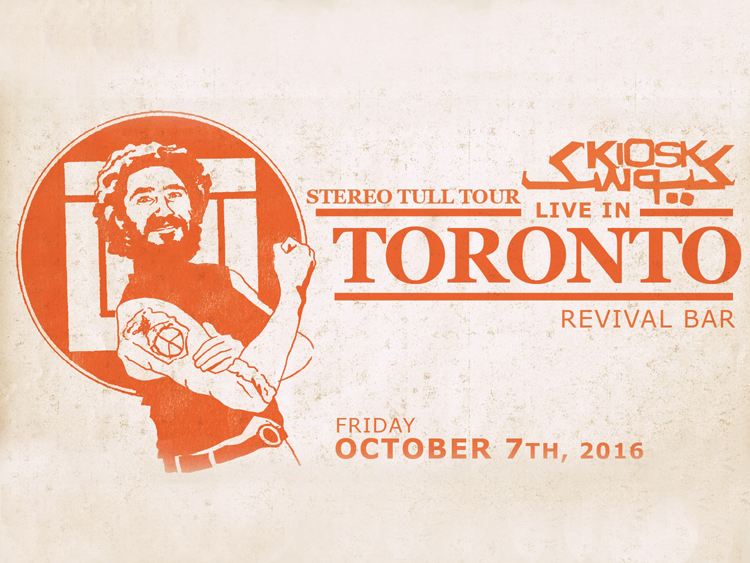 Revival Bar has been entertaining guests, visitors and fans with the best in live musical performances, the hottest DJ’s, live theatre, comedy since 2002… But Revival Bar is so much more. Revival’s tasteful and flexible space has seen it host hundreds of corporate parties, be a studio for movie shoots, held wrap parties, fashion shows, weddings, symposiums and tradeshows.

Pioneers of Iran's underground music movement, are coming back to TORONTO. Kiosk is praised for its sharp and satirical lyrics as well as its unique blend of musical styles, from rock to gypsy jazz to Iranian folk.

Kiosk (Persian: کیوسک‎) is a rock band formed in Tehran in 2003, known for its blend of musical styles and its wry lyrics confronting Iranian cultural angst. The name of the band, Kiosk, stems from the original formation of the group in Tehran, when its members gathered together in any possible makeshift space or “Kiosk” to play their music without fear of arrest.

"Kiosk's stinging political satire is hidden within its blues and folksy sound...Their lyrics are a social commentary on the issues that affect the daily lives of Iranians all over the world."BBC World