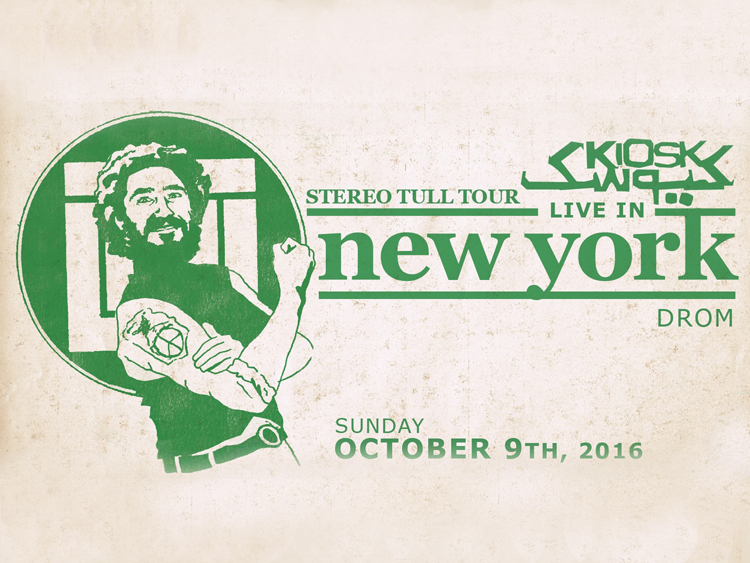 Located in the trendy and bohemian East Village, DROM is lower Manhattan’s best kept secret. We combine the curatorial vision of a performing arts organization with the soul of a downtown lounge.

Pioneers of Iran's underground music movement, are coming back in NEW YORK. Kiosk is praised for its sharp and satirical lyrics as well as its unique blend of musical styles, from rock to gypsy jazz to Iranian folk.