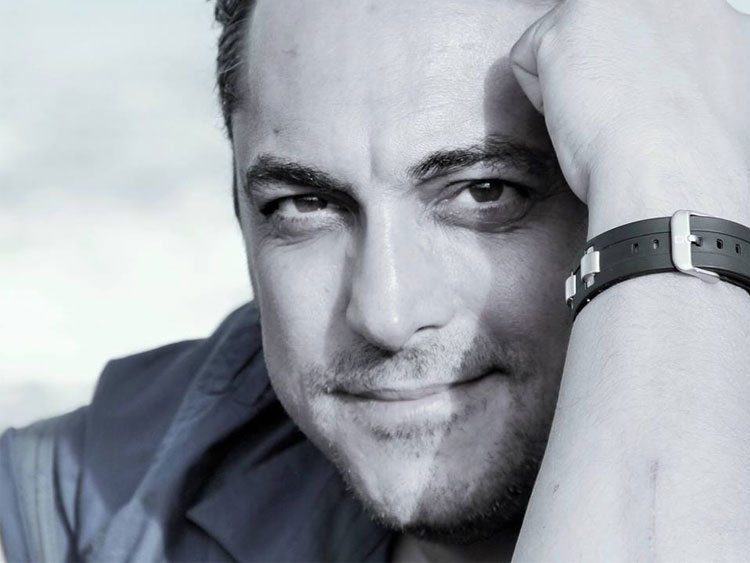 Siavash is a Persian/World Music superstar, pop icon, singer, songwriter, composer and record producer who has sold out venues around the world and written / produced 6 successful albums. Siavash's distinctive style, looks, dance moves, and vocals have influenced a whole generation of Iranian pop, and R/B artists. He was the first Persian artist to top the Eurodance and Latin pop charts at MP3, with tracks from his album "Scream". In 2003, 3 of his English tracks from his album "The Voice" landed him on the 46th Annual Grammy nomination list. He brings an electricity and style to the stage selling out venues around the world including Caesar's Palace in Las Vegas, Hollywood Palladium and El Rey theater in Los Angeles, The Hippodrome and Le Palace in London, Aughehausen Coliseum in Germany, Dubai Tennis Stadium in Dubai and numerous other venues around the world. To date, Siavash has sold over 1 million copies of his albums worldwide. CNN recently wrote about Siavash and his far reaching talent. "LA STYLE" magazine wrote a feature article about Siavash comparing his status to that of American Pop Stars. On April 25th, 2009 Siavash will be releasing his 7th album "Seven".

Siavash's blasted onto the music scene world wide with his first album, Hamsayeha. It was the first album out of the United States to break a Persian artist in America. Young and fresh, with a sizzling look and voice, Siavash was an instant success. Hamsayeha broke all sales records in the U.S., Europe and Canada, selling 500,000 copies world wide. With it's breakthrough hit "Persian Girl" or "Dokhtar Irouni", Siavash became an instant household name. He was the first Persian artist to modernize not only Persian but also Middle Eastern music in 1985 , by breaking away from traditional melodies and lyrics and mixing Western rhythms and beats with his voluptuous vocals. Although he hasn't been to Iran since the age of 12 and became a star in America, he is a treasured icon in his birth land of Iran. His albums speaking of love and desire are forbidden and sold illegally by the millions in Iran. His fans have been arrested for carrying just a poster of him. The Daily Star, a newspaper that travels through out the entire Middle East named Siavash and legendary female singer Googoosh, the most popular non religious singers in the entire country of Iran. Although he cannot go back to Iran at this time because his music is illegal there, he hopes to one day go home and sing for his fans in Iran who have always given him the love and support to continue his work around the world and he is forever grateful to them. His album "Hamsayeha" remains the number 1 selling Persian album around the world to this day. As a songwriter, he composed many Persian hits, including "Boro Dige Dooset Nadaram", "Yavash Yavash", "Dokhtar Chopoon", "Sahneh" and many more.

His albums "Sahneh", "Pedar" and "Didar" are recognized as top sellers and many of his songs are classics. The title song "Sahneh" completely changed the style of Persian Music, mixing a modern beat and style which not only showcased his amazing vocal range but established him as a solid songwriter and musician as well. Pedar, "Father", the title song from the album "Pedar" was written for his own father. If his latest albums firmly established him as a Persian icon, his album "Scream" established him as a World Star. Faryad, "Scream" broke into the market with a smash, Selling out of stores, 35,000 copies, in the first 3 weeks. This album was close to his heart because he wrote and produced the album himself. The now classic "Boro dige doset Nadaram" "Go away, I don't love you any more" became his biggest hit to date, with it's upbeat, spirited lyrics about lost love and regaining your life, "Go away, I don't love you any more" became the song of a generation. With the album "Scream" Siavash also began to cross over into a world market with his breakthrough Spanish hit, "Historia de Amour" which has been played in radio stations in Mexico.

6 albums later, Siavash's music has crossed over to other cultures, including English / Spanish and is enjoyed by people of many languages. He has his amazing Persian fans to thank for this breakthrough, with there support of his music and their pride in bringing his music to people of different cultures, he can now also count Americans, Spanish, Swedish, German, Arabic as just a few of his new fans. He is proud to a representative of his Persian culture in the World Market. He is one of the most successful Persian artists of all times, a classic example of the talent and the beauty in his Persian culture. Crossing every age gap his music is enjoyed by young and old alike.

In 2003 Siavash bought well known recording studio Valley Center Studios in Van Nuys , Los Angeles (www.valleycenterstudios.com ) and has been recording and producing many acts from that studio. Since then, he has also become a well known and respected producer in Los Angeles. That year, he also released a song on his website that was up for download for free. The song "Javoonaayeh Irooni" was a political song about the freedom of young people in Iran. The song was the first Persian rock song and was and still is liked by many. In 2006 Siavash had an appearance on NBC's Starting Over (TV series) where OPRAH prodigy Ivanla Vanzant, called Siavash and inspiration and a maestro for his work producing a young singer.

In October 2012 Siavash starred in the Star Studded Musical at the Shrine "Loving the Silent Tears". It was a sold out event that received a standing ovation. Siavash starred with Grammy winners Jody Wately, Jon Secada, award winning Isreali singer Liel Kolet, Tony winner Debbie Gravite and many more. The Musical was directed by Tony winner Vincent Paterson. Vincent also directed and choreographed the Michael Jackson world tour, "Bad" and the Madonna "Blond Ambition" tour. The music was written by Oscar winner Al Kasha and Emmy winner Doug Katsaros. In the end this magical musical about Peace and Love donated over $300,000 to various charities.

A singer with heart, Siavash puts his soul not only into his music, but his life. He feels especially thankful to a younger generation that embraces him and he feels a responsibility to lead the way. In 2006, after 2 years of rigorous interviews, classes and waiting, Siavash and his wife Caroline became Foster adopt parents, hoping to adopt any of the thousands of children each year who enter the Foster care program as abused or abandoned children. On Dec 22, 2006, a beautiful, 2 day old, bundle of joy entered their life and after his adoption became, Noah johan Shams. Noah was born in America of Mexican/Guatemalan heritage and is amazingly gifted and loved by Siavash and Caroline who are so proud of him. With Noah, Siavash has the son of his dreams and his heart. On July 11, 2008, Noah's biological brother was also born into the foster care system. Receiving the call that Noah had a baby brother in the system, Siavash and Caroline were more than excited to welcome him into there home as there son. A beautiful, gentle child, Rocco Cyrus Shams has a head of hair to match Elvis and a smile to take your heart away making Siavash now the father of two young baby boys.

Siavash has faced adversity in the Persian music industry and got through the hard times with love and belief in himself and his family. He would like each young person to know that the only way to change society is by clean living and fighting with your heart and your mind for a better world. He feels the only way to achieve this is through education, communication and sincerity. His goals include eventually organizing a fund and program for abused children and troubled teens with his wife and reaching a wider audience with his music and message. 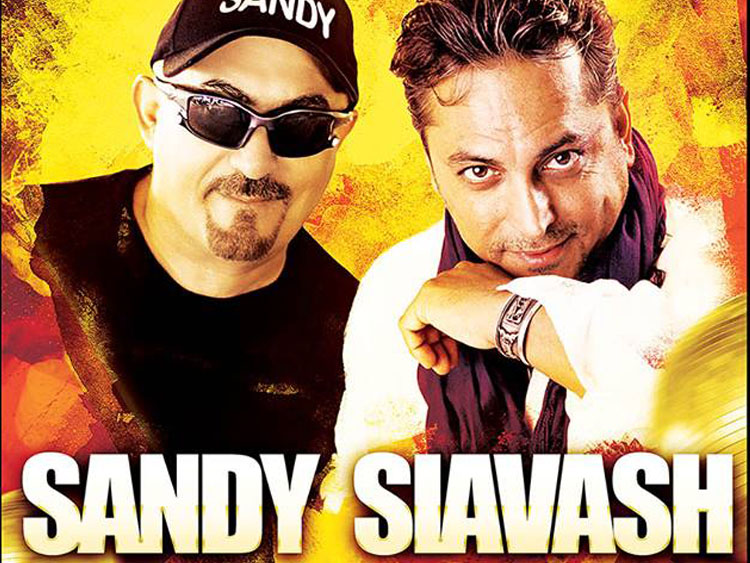