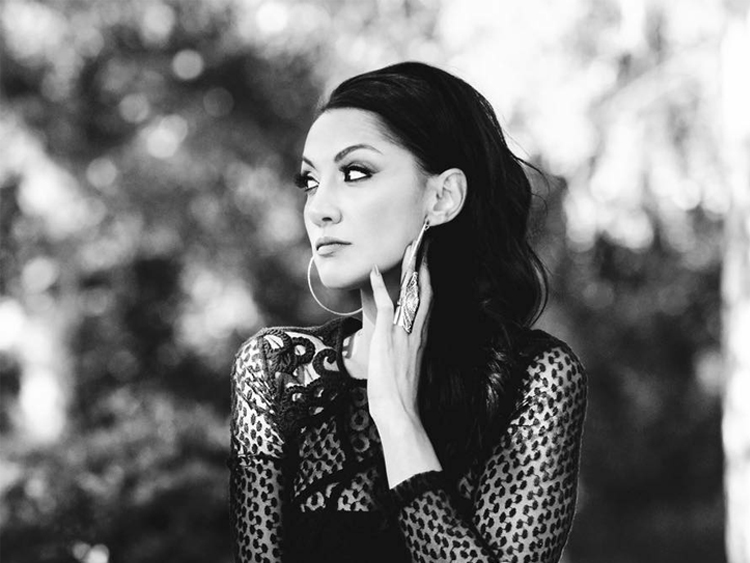 Arghavan is a highly acclaimed artist, author, and singer. She is also the Ambassador for UN Women in Sweden and has dedicated her life as an advocate for freedom of expression and human rights worldwide.

Born in Iran, Arghavan came to Sweden with her family when she was three years old during turbulent times in 1985. Even when she was a child, her voice had the power to reach out and touch the hearts of her listeners, but it took many years for her to realize that she had already reached out to thousands of girls around the world. She was one of the contestants in the Googoosh Music Academy competition in London in 2010. The performance was broadcasted by satellite around the world with about 32 million viewers.
​
In her advocacy role, Arghavan contributed to an anthology, Living Elsewhere, which was released in 2011 where she recounted her childhood in Sweden and her journey to become a singer. Her own publication, ZAN, was published in collaboration with Tellus in Sweden in June 2014. It focuses on and celebrates nine other women living and achieving their big dreams in Iran against incredible odds.
​
In terms of her musical genre, it is an exciting blend of Persian and English pop, and her multi-cultural background has enhanced the power of her music! However, Creative Changemakers, her new nonprofit organisation, is now the heartbeat of her advocacy. Through her nonprofit’s website, she uses creative ways to call attention to human rights and gives voice to women on a global scale through music, books, documentaries, art, and drama. Her goal is for Creative Changemakers to stimulate profound change for women who are struggling in a country with regulated freedom of expression.

In addition, Arghavan is also working on a documentary that will demonstrate the power of artistic endeavors in bringing women’s rights to the forefront of the world’s conscience. She is also introducing a new album that explores a new sound and song in Farsi in combination with Flamenco guitar – a sound that is touched by the amazing influence of jazz and pop.

Without a doubt, Arghavan is here to stay, and the world will be better because of her incredible talent.