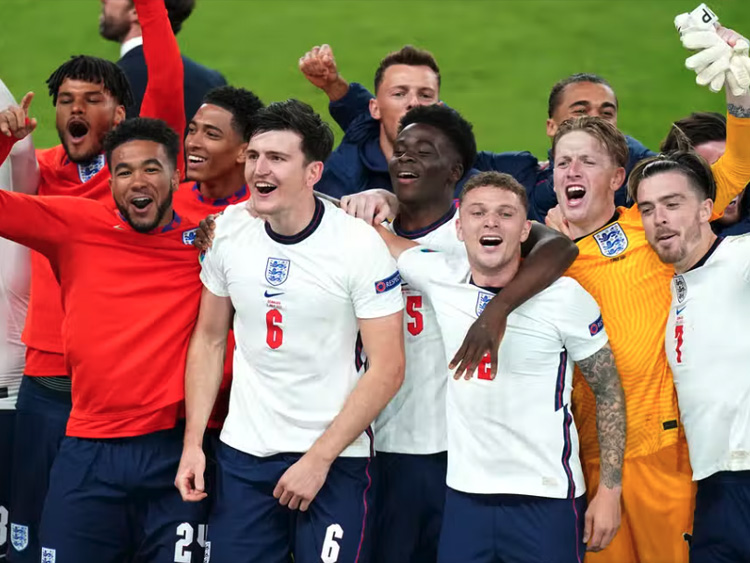 The England national football team has represented England in international football since the first international match in 1872. It is controlled by The Football Association (FA), the governing body for football in England, which is affiliated with UEFA and comes under the global jurisdiction of world football's governing body FIFA. England competes in the three major international tournaments contested by European nations: the FIFA World Cup, the UEFA European Championship, and the UEFA Nations League.

England is the joint oldest national team in football. It played in the world's first international football match in 1872, against Scotland. England's home ground is Wembley Stadium, London, and its training headquarters is St George's Park, Burton upon Trent. The team's manager is Gareth Southgate.