When is a club not just a club?

Perhaps his latest space, Boulevard3, which fuses the intimacy of a party at a private home, the luxury of a four-star estate, and the spirit of play, might be best described as a counterclub.

The Story
Opened in September 2006, Boulevard3 was sparked by Famulari’s initial reaction to the space five years prior. A former denizen of New York City, he says, “This was how I visualized clubs: big, free-flowing, dramatic. I felt it was the only place that could possibly follow Skybar.” Having experienced New York venues such as Studio 54 and The Tunnel in their heyday, he was also motivated to open a venue that shattered the malaise of the typical club scene. “There really are no dance places in Los Angeles,” states Famulari, who probably knows L.A. nightlife better than anyone after working to keep Skybar hot for nearly a decade. “People go to clubs and stare at each other.”

While eschewing nostalgia for its own sake, Famulari chose the name Boulevard3 after viewing an old surveyor’s map of Los Angeles. At the time, when the city was just beginning to take form, the east/west streets were marked by numbers, with “Boulevard 3″ as the designation for what would later become Sunset Boulevard. With a new paradigm for L.A.’s club scene brimming with possibilities, Famulari hopes to recapture the sense of grace, elegance, and engagement that once put Hollywood on the map.

Design
Designed by the late Greg Jordan, former designer to the Trumps and New York socialites, Boulevard3 was conceived as “an English manor house with modern insides,” a mix of old-world charm and digital generation appeal. Jordan’s protégé, Oliver Furth, finished executing Jordan’s vision after his passing. Entering from Sunset Boulevard, guests pass through a large iron gate—a “door within a door” that foreshadows a theme that pervades the property—into a landscaped English courtyard. In the center sit a pair of reflecting pools, one ending in a 20-foot fireplace whose flames seem to float on the water.

An intimate “manor library” takes guests inside Boulevard3. When the main ballroom is open, the library serves as an antechamber; otherwise it can function as a freestanding space accommodating its own bar, exhibiting a sense of grandeur with its vaulted ceiling and marble fireplace.

The intimacy of Boulevard3’s library opens to a 7,500-square foot, three-level ballroom, including a 1,500-square foot dance floor (the former Olympic-sized pool of the old Hollywood Athletic Club—prior to embodying the role of Flash Gordon, Johnny Weissmuller served as its lifeguard and trained to win a gold medal in the 1932 Olympics). Capable of accommodating a large stage for live performances, the ballroom features a main bar situated beneath 30-foot-high ceilings.

Around the periphery of the ballroom, a mezzanine, set three feet above the main floor, provides a perfect locale to experience dance floor festivities for the perfect mix of luxury and comfort. As you move onto the dance floor, Boulevard3’s design further challenges the senses by interpolating the worlds of hospitality and entertainment. Interlocking platforms are carefully plotted to set the stage for dynamic performances that occur throughout the evening. Boulevard3’s guests are provided an unforgettable experience—from innovative cirque performances to full choreographed shows.

Technology
Technology also ensures the desired sense of engagement for patrons of Boulevard3. Boasting a half-million dollar LED Lighting System, the walls, columns, ceilings, and floors are adaptable to over 1,200 static or moving colors. Along with our 12-channel Tannoy sound system, advanced Color Kinetics LED lighting and 12 Elation moving lights, a thunder and lightning storm can come to life and seem to move through the venue without shedding a drop of rain. To further enhance the mood, Boulevard3 has 13 networked plasma screens, two 12-foot by 20-foot projection screens and one 13-foot by 9-foot projection screen in the ballroom, a projection screen over the library mantel, and a vast LED LOGO wall in the library. Providing another amenity to your event, Boulevard3 has an extensive steel deck staging system that can be utilized to build a performance stage, multi-level dance floor, or fashion show runway.

Entertainment
Though DJs themselves are an integral part of the experience, Famulari envisions more interactive experiences that distinguish Boulevard3. Whether flamenco dancers, aerial performers, or other unexpected surprised that knock people out of a passive posture, the mandate for his Sunset Boulevard venue is clear: keep it active, deliver the unexpected, and earn the moniker of counterclub. 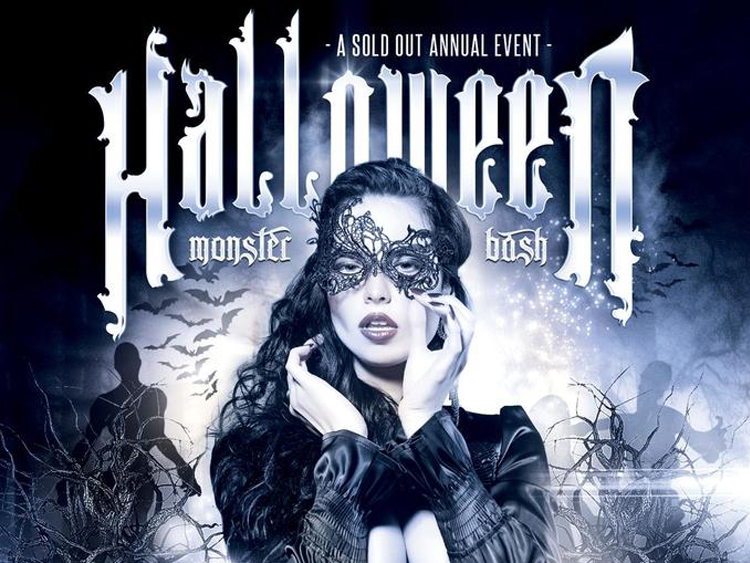