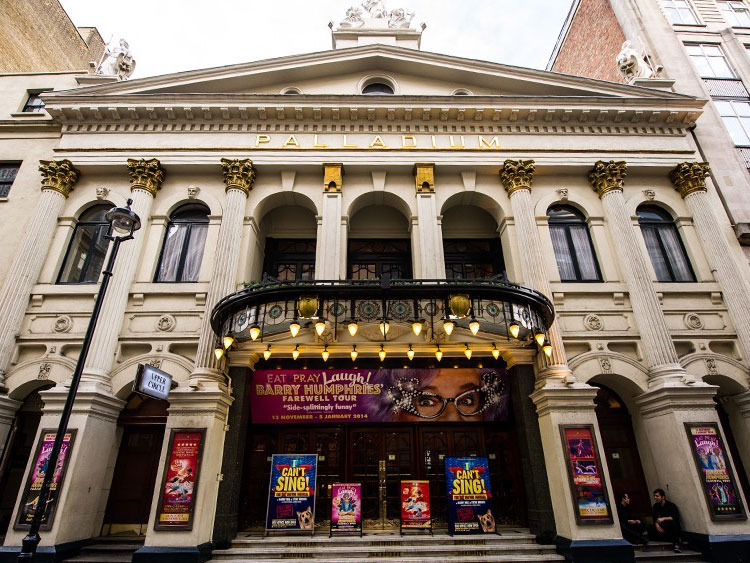 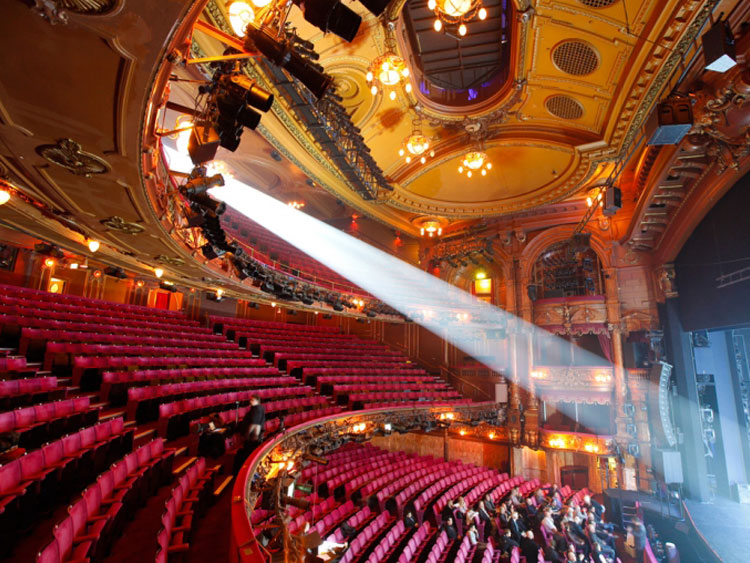 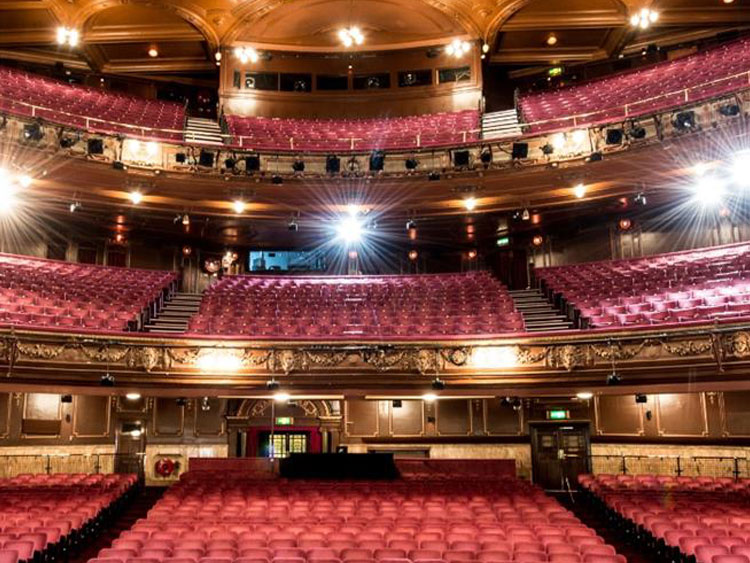 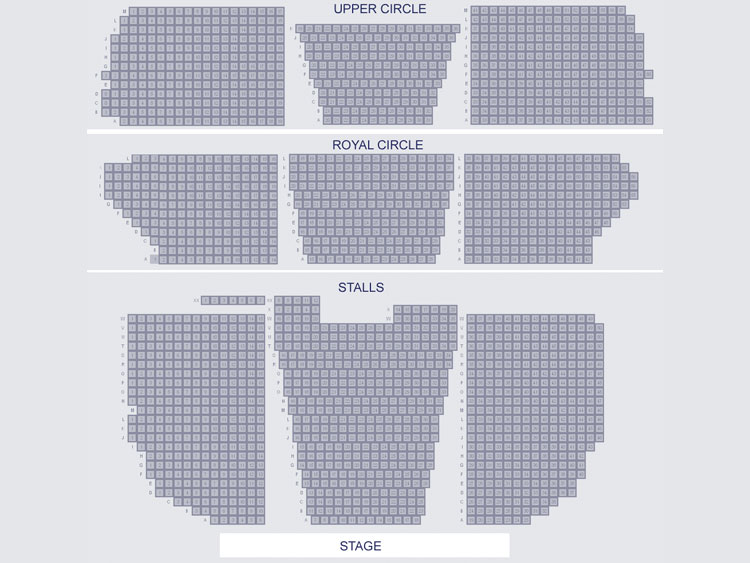 The London Palladium is a 2,286 seat West End theatre located off Oxford Street in the City of Westminster, London. From the roster of stars who have played here and many televised performances, it is arguably the most famous theatre in London and the United Kingdom, especially for musical variety shows.

The London Palladium Building
The grade II* listed building dates back to 1910, although the facade (originally that of Argyll House which is why the pub opposite is called The Argyll Arms) dates back to the 19th century. The London Palladium was originally a temporary wooden building called Corinthian Bazaar, which featured an aviary and aimed to attract customers from the recently closed Pantheon Bazaar on Oxford Street. The theatre was rebuilt a year later by Fredrick Hengler, the son of a tightrope walker, as a circus venue that included an aquatic display in a flooded ring. Next it became the National Skating Palace - a skating rink with real ice. However the rink failed and The London Palladium was redesigned by Frank Matcham, a famous theatrical architect who also designed the London Coliseum. The building now carries Heritage Foundation commemorative plaques honouring Lew Grade and Frankie Vaughan.

The theatre retains many of its original features and was Grade II* listed by English Heritage in September 1960. The Palladium had its own telephone system so the occupants of boxes could call one another. It also had a revolving stage.

The London Palladium History: Pre-war
The theatre started out as The Palladium, a premier venue for variety performances. It is especially linked to the Royal Variety Performances, where many were, and still are, held. From 1928 it was managed by George Black and was even a cinema for three months. During the 1930s, the theatre became the regular home for The Crazy Gang. The ‘London’ part of the name was added in 1934. Black controlled the large Moss Empires group of theatres. Responsible for bookings at the London Palladium was Val Parnell.

From 1955-1967 the theatre was the setting for the top-rated ITV variety show Sunday Night at the London Palladium hosted first by Tommy Trinder, then by Bruce Forsyth. The programme was broadcast live every week by ATV, which was owned by the famous theatrical impresario Lew Grade. Production was by Val Parnell.

Val Parnell became associated with a property development company and began to sell Moss Empires' theatres for redevelopment. When it became known in 1966 that this fate awaited the London Palladium, The Victoria Palace and even the Theatre Royal, Drury Lane, Prince Littler organised a take-over to save the theatres and Val Parnell retired to live in France. The new Managing Director of Stoll-Moss was Louis Benjamin, who took on the role while continuing as MD of Pye Records within the ATV Group.

In 1968, Sammy Davis, Jr. starred in Golden Boy, the first book musical to be produced in the venue.

The London Palladium Post-Parnell
In January 1973, glam rock band Slade played a gig in the London Palladium which resulted in the venue's balcony nearly collapsing. In 1976, and released in 1977 Marvin Gaye recorded his live concert on a Double LP Entitled Live at the London Palladium in which is considered Gaye at his finest while recording a live album, it also included his number one hit "Got to Give It Up".

During this time, the theatre was under the ownership of the Stoll Moss Theatres Group, and the management of both Margaret and David Locke, who both were major shareholders of Stoll Moss at the time.

From May 3, 2000 to January 5, 2002, the Palladium played The King and I starring Elaine Paige and Jason Scott Lee. This production was a West End transfer of the hugely successful 1996 Broadway production. Before the opening, the box office had already taken in excess of £7 million in ticket sales. This version of the show was a lavish affair, with new dialogue and music added, while the original material was updated. During the run, Josie Lawrence played the role of Anna and Paul Nakauchi and Keo Woolford played the role of the King, respectively. After the production closed, the famous (but outdated) revolving stage was removed to make way for more modern technology.

From April 2002 to 4 September 2005, the Palladium played host to a theatrical version of Chitty Chitty Bang Bang with song score by the Sherman Brothers as a successor to The King & I. Throughout its three and a half year run at the venue, the production starred many celebrities (see below). This show proved to be the most successful show to date, in the theatre's long history and reunited, 50 years later, the show's choreographer Gillian Lynne with the theatre in which she appeared as the Palladium's star dancer during the early 50s.

Andrew Lloyd Webber and David Ian's new production of The Sound of Music opened at The London Palladium in November 2006. The production ran for just over two years, before closing on 21 February 2009. The production starred Connie Fisher and Summer Strallen as Maria, Simon Shepherd, Alexander Hanson and Simon MacCorkindale as Captain Von Trapp and Lesley Garrett and Margaret Preece as the Mother Abbess.

Rufus Wainwright held two sold out Judy Garland tribute concerts at The London Palladium on the 18th and 25th of February 2007.

On 20 May 2007, The Palladium was also the setting for the 2007 BAFTA awards, which were broadcast on BBC television. 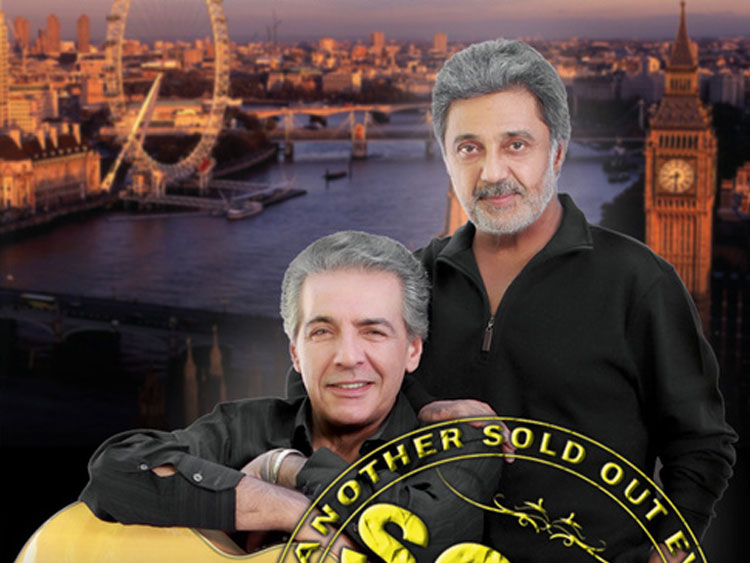